Get A Free Moving
Quote

Visit our Etobicoke store for the largest selection of moving boxes and moving supplies. We have everything you need for your move - from cardboard boxes and bubblewrap to foam and moving blankets.

Whether you're moving in the city or across the province, you need a moving company that you can trust. With our packing and unpacking services, reasonable rates and friendly movers, we take the stress out of moving.

Our moving company offers professional, friendly movers that are experienced in the many details of a corporate relocation. Whether you're moving your office across Ontario or within the city, our cost-effective services will get you there with the least downtime 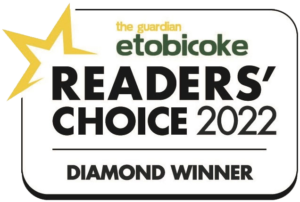 See what our clients have to say about BoxedInn and why we were voted Etobicoke’s Best Moving Company by the Etobicoke Readers’ Choice award:

Joel from Waterloo
“I looked into Boxed Inn because they were voted Etobicoke’s best Mover and they lived up to the rating! I moved into my first house out in Waterloo and they offered a competitive rate, critical moving information and know-how I had not considered, and I had everything moved under quoted time. The storefront was a great place to get all my moving supplies and prep for the move. Movers were clean and respectful, had no issues, would use again!”

Phil from Toronto
“I was nervous hiring a moving company. I had a terrible time with one last year so I didn’t want to repeat this disaster. The thing I liked about Boxed Inn is that they had a store, not just some unit in an industrial area. I knew they couldn’t be fly-by-night with a store. I talked to the owner 3 times before booking and he was polite and informative each time. My move went like clockwork. The guys were nice and they were careful with my furniture. I would use them again although I don’t think I will be moving for a while. I recommend them to friends.”

Alex
“The moving crew I had were great. Hard working very organised. They also helped maximise my storage unit, made a stressful day much easier.”